Looking at innovation in the modern culture of Montréal, a place filled with social hardships, Art Souterrain Resilient Voices is a contemporary drive for resiliency that is a permanent one. Focusing on the problematic aspects and also the expressive sides within the dialogues and perspectives of modern culture, this years’ proposed focus is Resilient Voices – Pathways.  It changes the resilient voices about culture by facing its’ problems with artistic power and outreach. It uses these issues, such as contemporary LGBTQ and the historical Black Civil rights movement, and focuses on how and where we are today. The interaction that Art Souterrain provides is not just between people and art, but of people and place, throughout time, amongst struggles that are both in and out of Montréal. Some of the art focuses on problems like black power since their civil rights movement, some focus on preserving French heritage grounded in Montréal, and some focus on the problems of LGBTQ issues. With a goal of moving forward through a paved pathway of culture, Art Souterrain brings a consistent intention of reshaping society, art, and its’ culture through the meaning of humanity to a place and culture that needs it. By integrating aspects of art, life, and culture, they compose humanity with a repurpose of the arts and humanity in Montréal. 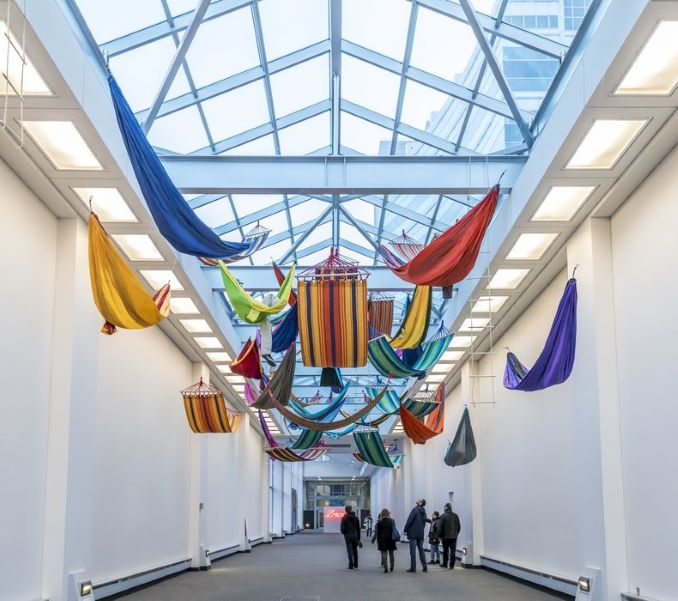 Let’s consider Lucia Vergel Loo, whose performance exhibits the concept of subjection, objection, and identity learned through cultural objects corresponding to her identity through a process of adopting Canadian society. It encompasses the unrestricted boundaries of pushing identity within your culture, whether it is bringing your own, your own identity, or your own ideas. These resilient voices make more than important stances in their life, they embrace the entire community of it and the “pathways” of it. These artists push their own boundaries by embracing it through this Festival, and furthermore, with Montréal, to incorporate too, their constant struggles and voices. This years’ Eddy Fermin and the Intervals collective focuses on resituating the emotional focal point of our perspectives in the constant struggle for collectivity in this world. By fighting for both particular and overall fights within humanity, they almost bring humanities to the arts rather than the other way around.

By looking at the various dialogues within Montréal, Canada, the United States, and through the entire world in time and place, they bring together problems of identity and culture through performances, mixed media arts, visits and more that directly engage you with the experience of their own. Art Souterrain focuses on the integration aspect of art, life, and culture. It uses different parts of the city to bring together the city with art and people, also allowing the city to be used as something more. The city becomes a temporary meeting place for curating evolutionary ‘resilient voices’ in an expositional way. Using the underground as the pathway to align the connection of the underworkings, it works what lies beneath what we associate the rest of culture with. These voices reclaim what was a higher power. It brings forward the pathway to pave to move forward aligned with the ideals of Montréal society.

“Human inequalities persist as the evidence of a largely unfinished process.”, Eddy Firmin states of him and The Intervals, the curators of 2022 Art Souterrains’ 14th festival. The focus of art in a culture for voices, for pathways, uses art and its’ meaning to provide introspection to our humanistic perspective, also allowing it to be outrospective. The most challenging way to make all of these meanings last is to let their intentions rest, not just be continually called out for. Focusing on the finality of humanity in terms such as within economic, social, or cultural living, reface social standards.

These perspectives driven from the culture of art of the Resilient Voices of Art Souterrain strengthens and reshapes humanity through one of the most important human cultural methods. By using the platform of the underground world with upper class abilities, they power through a world filled with limitations. They leave the impression of art in our lives not just by enrichening our culture and ideas of life, but they help create freedom through it not just through successions.

On the discussion of topics of homelessness and the housing crisis in Montréal, Table Ronde: En Situation D’intireance poses a well framed question: “How can art enable the recognition and inclusion of marginalized people?”. Art Souterrain is an underground leverage into an upper world territory of a fight for humanity, through and by the humanities. Its’ culture insists of making a permanent difference through temporary integrations that don’t impose, but repose humanistic emotions and evocations. These particulations are important to let go of, but through Art Souterrain, their fights won’t be unheard or forgotten, and are in some ways resolved. One of the best things about art is how something so temporary can be so permanent and impacting, how an object and its’ idea can transform our own ideas and future interactions with them, our intentions, and our humanity.

About Camille Brack 4 Articles
Presently working as a freelance arts and community events writer in Montréal. As an Artist, Activist, and Sociological Policy Worker, the news and issues focused on are important events to Montréal's culture.
Website