Born in Montréal in 1992, Olivier Faubert was only 11 years old when he discovered his passion for music, earning his first role in musical theatre. His desire to write his own songs leads him to form multiple rock groups throughout the 2010s; Haniston, Head Check and his latest project MIIRAGES. After earning the silver medal at Trois pistoles en chanson, he is selected for Star Académie. This adventure had led him to another adventure: the creation of his debut EP with his collaborators Julyan, Benoit Massé and Steeven Chouinard. Olivier is thrilled to be a part of this year’s First Up with RBCxMusic program roster. 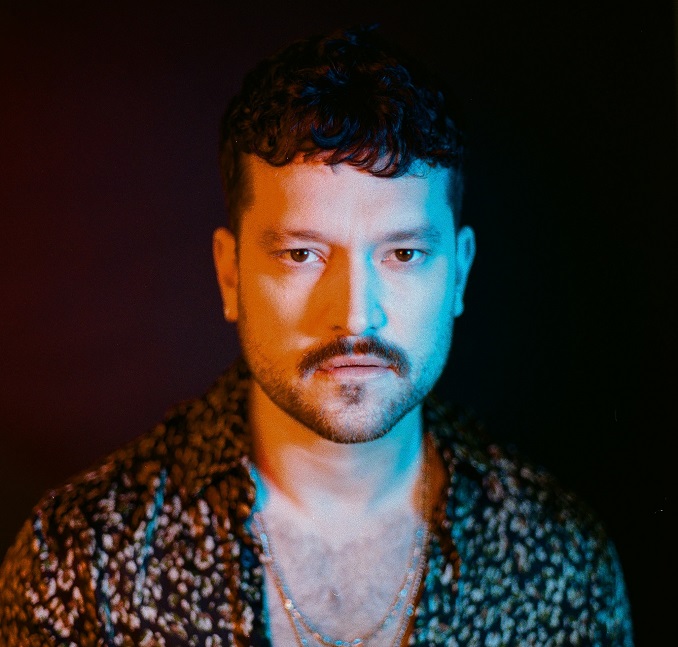 My Chemical Romance and all the Emo bands from the 2000s

Daniel Belanger, is probable the best songwriter of his generation!

« Je suis malade » the Lara Fabian’s version, especially when she sings it live♥️

Drinking a lot of water (compulsively), hanging with my band

Early bird, I wake up at 7 every morning

Studio, where the creation takes place

I just released a live session from my song « Jardin d’orages » and I will have a couple of shows to announce soon!

Masson, it’s like a small village, and it’s where I grew up

Parc pélican, it’s where I walk and play with my dog every morning

Under the shy demeanour and delicate voice of Sophia Bel, there’s an inviting, colourful and playful world waiting for people to dive into. Born in Michigan from a Québécois dad and a Dutch-American mom, Sophia […]

Sunray Minor is the moniker for the musical productions of 24-year-old multi-instrumentalist Juan Andres Jimenez. Initially born in Caracas, Venezuela, Jimenez has lived most of his life in Canada growing up in Georgetown, ON outside […]

Musician through and through, Soul and R&B singer with a bewitching voice, Léonie Gray is an exceptional artist, the likes of which doesn’t come around often. Born in 1993, the daughter of a bass player […]