Ville Orchestre is a splash of pastels against the gray pavement. A newly inaugurated interactive installation in the Promenade des Artistes, constructed with bright yellow cylinders, purple “squiggles” and blue shapes. One of the tube-like structures has balloons, maybe not so innocently shaped like boxing bags, that chime dreamlike when you punch them. Another has trumpet-like tubes, asking you to sing. Every sane person will be at least curious to see what happens when you do what the writing says, but will they dare to?

This take on the urban playground changes the atmosphere in the city and the way that people are present in public space. Reimagining the playground in a futuristic and slightly psychedelic aesthetic, it still gives off a sense of grainy nostalgia. It also begs you to step on it, jump on it, sing at it, and punch it, a strange ask from such a cheerful exterior. But against the backdrop of Place des Art’s curved cement and bright red metal, it seems nearly fitting. 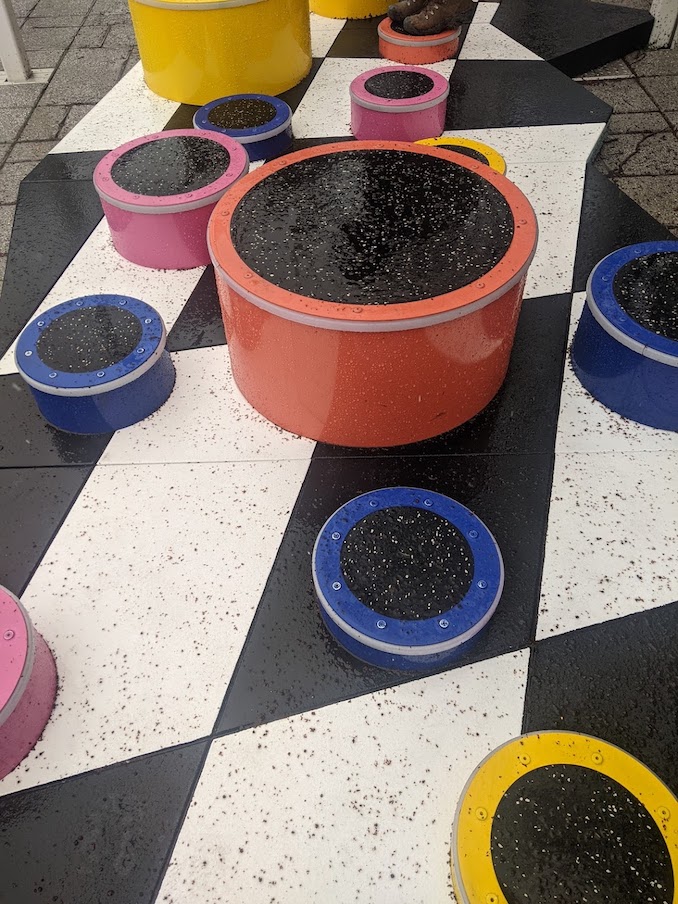 This installation is a statement to imagine a city beyond its cars and roads. It will probably be rare for passersby to stop themselves from following the new logic of this space, to be heard echoing in the summer with the people walking back from a pedestrianized St. Catherine’s nearby. The creators inaugurated their work explaining that they wanted to invent a new way of interacting with urban space, and their installation is an invitation to play for both young and old. It seems they also intended to get adults to behave “like children”, a challenge to contravene the social norms that children find easy to disregard.

“A Day in the Life” with Montréal muralist, Doras

Doras and I have known each other for a long time. In fact, I’ve known him his entire life. From the first small, rough sketches to the massive, professional murals, I’ve watched his burning desire […]

“A Day in the Life” avec artiste Montréalaise Janna Yotte