Anémone Cantin, known only as Anémone, is a 22 years old singer-songwriter from Montreal. She’s been writing songs for pretty much all of her life, and her first single ‘Scars’ was released in May 2021. Having studied jazz guitar in Cegep and being a singer since she was nine, Anémone plays the electric guitar and sings her original songs that are a mix of pop, soul and R&B. Inspired by Charlotte Cardin, Taylor Swift and many others, she released three singles last year and has lots of songs that are waiting to be released! Her goal as an artist is to defy social standards; she’s a woman who plays electric guitar and writes all of her songs, lyrics and music included. Her goal is to eventually be able to inspire women to do the same! 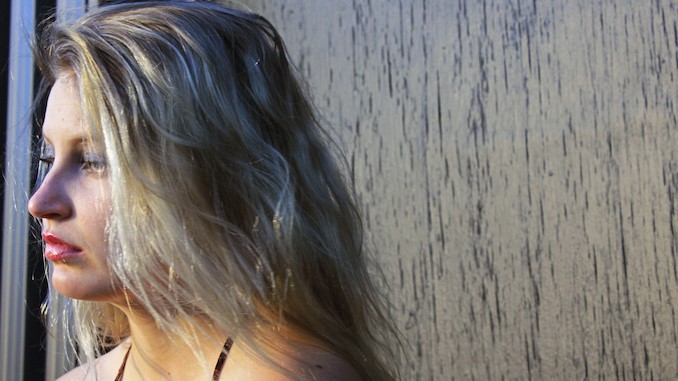 Side To Side by Ariana Grande and Nicki Minaj

Putting some makeup on while blasting songs that make me feel confident.

I haven’t been on the road yet, so I’ll go with studio.

My new single « Faire Semblant », which is my first one in French, is out on February 4th on all streaming platforms!! Also, my first EP is coming very soon!

I love Else’s and La Boulette!

I’d say Avenue du Mont-Royal because it’s always full of action and you can find everything on this street.

Parc Laurier; that’s where I spent a big part of my childhood!

I miss L’Escalier, I used to play there a lot before the pandemic, this venue’s vibes were incredible.

I’ll have to go with Archambault as I work there!

Cam Maclean was raised mostly in Chatham, Ontario, and travelled extensively throughout his youth between Detroit and Toronto and throughout the Great Lakes, with stints in New Brunswick and Cape Breton, NS; before finally settling […]

Veronna is a Canadian singer-songwriter and a graduate from Saint-Laurent College in Jazz/Pop Singing (2011-2014) even though she’s been classically trained when she was a child and a teenager (piano, guitar and opera). After graduating […]

Elizabeth Shepherd has been hailed as “a jazz virtuoso blessed with a pop sensibility”, praised by critics worldwide for her arrestingly original writing and soulful delivery. Alongside Esperanza Spalding and Robert Glasper, she is among […]