Banx & Ranx have surged to the forefront of popular music both behind-the-scenes as producers and in the spotlight as artists. Tallying over 2 billion streams worldwide and over 1 billion YouTube views, the Latin GRAMMY® Award-nominated Montréal duo—Zacharie “Soké” Raymond and Yannick “KNY Factory” Rastogi—attribute their success to their collaborative style in the studio and their talent for infusing their signature ECM (Electronic Caribbean Music) sound. From the moment they became an artistic duo in 2014, their chemistry ignited the career-changing experiences of producing, co-writing and collaborating with international megastars such as Dua Lipa, Blackpink, J Balvin, Ty Dolla $ign, Sia, David Guetta, Shenseea, Ellie Goulding, Sean Paul, Diplo, Major Lazer, Gorillaz and many more established artists. Multifaceted globally successful producers, songwriters and artists, Banx & Ranx have partnered with Universal Music Canada for the next chapter of their careers with the joint focus of nourishing and amplifying Canadian talent. 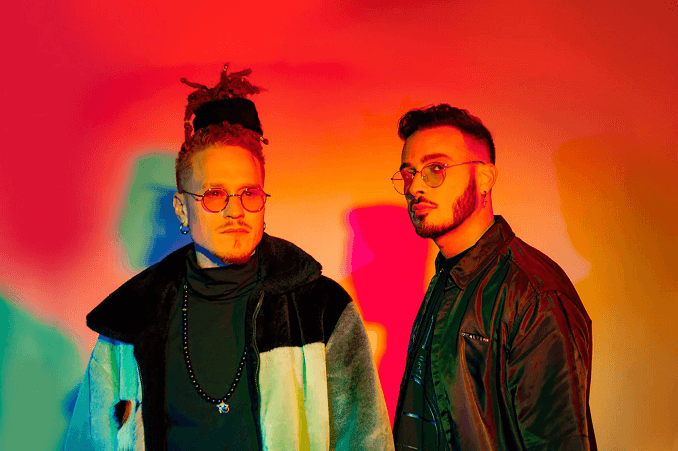 We’re in the studio making music so often and we like how quickly dropping singles can get our music out there so that’s what we’ve stuck to! But we’re open to the idea of releasing an album, we’ll see what next year brings!

Before shows we chill and stretch, maybe take a little shot, and then afterwards we celebrate with our entourage with a nice meal and some drinks.

We’re both different but we balance each other out really well. Yannick has a clear mind in the morning and still loves nights out and Soké likes to work from 11 pm until 3, 4, and 5 am – that’s his magic zone.

In recording studios on the road!

We’ll be performing in Mississauga for New Year’s Eve

Sainte-Catherine – it has so many great stores (including Steve’s Music!) and the Old Port because of all of the great food and bars

We go to M Telus and Bell Centre the most – we’ve seen many good shows there!

Deanne Matley, a Montreal-based vocalist, is known for singing contemporary jazz with a sensual style and a stunning emotional range and developing a deep connection with her audience. She has made a name for herself […]

Under the shy demeanour and delicate voice of Sophia Bel, there’s an inviting, colourful and playful world waiting for people to dive into. Born in Michigan from a Québécois dad and a Dutch-American mom, Sophia […]

Raised and based in Montréal, Québec, Tamara Grace is a 21-year-old Canadian singer, songwriter and musician whose songwriting and honeyed vocals soundtrack the trials and tribulations of coming of age. Inspired by acts spanning from […]