Mixing progressive rock, jazz, classical, and metal, Montreal-based CYDEMIND is a unique-sounding group, one we’ll surely be hearing much more from in the future. Influenced by such bands as Dream Theater, Symphony X, Haken, and jazzmen like Avishai Cohen and Tigran Hamasyan, CYDEMIND has a sound which appeals to a broad audience.

CYDEMIND’s first release, EP ‘Through Mists and Ages’, dates back to 2014. It is soon after this release that their first single ‘What Remains’ came out. After a writing period which allowed for the band to refine their sound, the quintet (violin, bass, piano, guitar, drums) came back with their first full-length album. Titled ‘Erosion’, its six tracks are centred around the idea of nature’s persistence through time. Epic is quite certainly the word here, with one track clocking in at an impressive 27 minutes.

CYDEMIND then diverted from the usual metal band musical trajectory in order to produce music for the indie video game “Navyblue and the Spectrum Killers”. The game was released in September 2018 and is available on Steam. In addition to composing the entirety of the game’s soundtrack, CYDEMIND also released two singles ‘Navyblue’ and ‘Lights of Iberia’ as bonus content for the game.

To further expand its musical soundscape and reach new audiences, the versatile band then released its first music video ‘Winter’ in March 2019. The single is an arrangement of Vivaldi’s ‘Winter violin concerto’ from the Four Seasons. Shot throughout various locations in Quebec, Canada, the video poeticizes the beauty of Canadian winters while emphasizing the band’s energetic performance.

Five years after the release of Erosion, the band just released their much anticipated second full-length album called The Descent. Musically and thematically darker than its predecessor, The Descent delves into the concept of obsessions and the abysses into which they can plunge the human mind. Cydemind’s The Descent is available on all digital platforms. 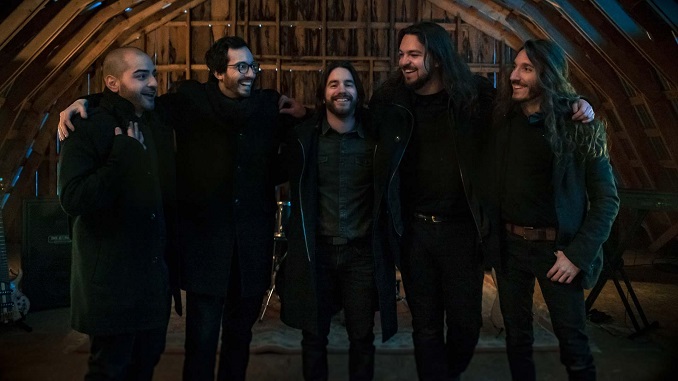 Hard question but I will say Dream Theater

My favourite at the moment is Gabriel Cyr

Mont-Royal. It’s full of life, with little restaurants and shops. In the summer it’s a pedestrian street so it’s very nice.

Jarry Park. Mainly because it’s near my place and there’s the Omnium Banque Nationale tennis tournament there every year

About Sofia Touboul 152 Articles
Multicultural artist and videographer. Her French and Colombian parents and her childhood in Israel led to a severe coffee, croissant, and shakshuka addiction. Obsessed with Instagram, she loves to share her life experiences. Follow Sofía on Instagram @sofiatouboul
Instagram

Juvenile Jury is an alternative rock band bred in the suburbs of Montreal. Their unique sound is both primal and powerful, leading to a fierce, energetic, kaleidoscopic experience. The band’s sound oozes with the bubbling […]

Veranda is the collaboration between Catherine-Audrey Lachapelle and Léandre Joly-Pelletier. After two well-received EPs, Veranda presents their first LP of original french bluegrass music that blends traditional and contemporary, simplicity and virtuosity. Their music is […]

Since arriving in Montreal years ago, Paul Jacobs has cemented a growing reputation as one of the city’s truly prolific artists. From deep emotional melodies to freak-out jams, folk-pop ballads to synth-laced rock and roll […]